In addition to the twenty odd A1200's I have
I was fortunate enough to be offered no less
than seven A1200's recently. How could I resist

There were also two A1200' in boxes
with this little collection... Loadsa fun

Most of the A1200's were fitted with cards

VIDEO port Analog RGB monitor (multiscan/15kHz/VGA/SVGA)
Television with SCART connection
RGB monitors
Multiscan A Multiscan ( multiple horizontal scan rate or
"multi-sync" ) RGB monitor provides the greatest flexibility
A multiscan monitor is required if you wish to use display modes
that have different horizontal scan rates
A 15 kHz analog RGB monitor can display only the Amiga`s
default display mode and other 15 kHz scan rate modes
A VGA or SVGA type monitor can display the Amiga`s
de-interlaced and higher resolution modes, but not the standard
15 kHz video modes
SCART With the proper adaptor cable, a television with a
SCART input can be used as a 15 kHz RGB Monitor. 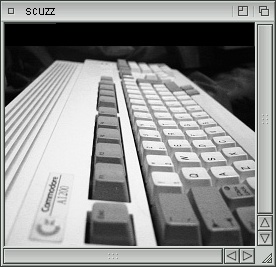 My collection of Amiga A1200's

On the face of it the 15 A1200's I have all look the same.
Not so ... Because under the hood they are all pretty
different, as demonstrated by Amigas Emma, Terai, Chantel
and A500 above.... There is a reason for the names, by the way.

From the droppings off the table from my tower project
I created yet another A1200... Amazing really